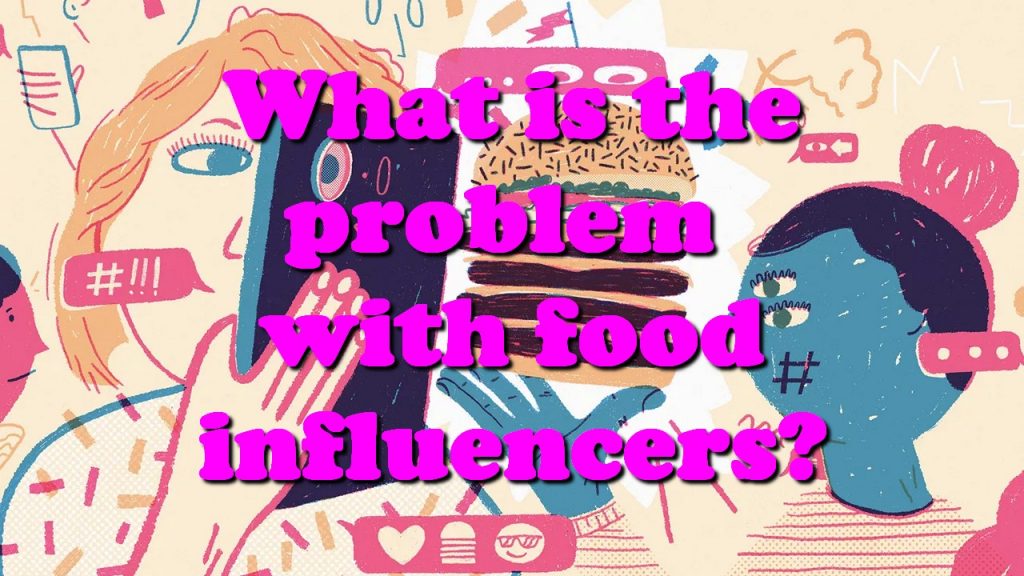 What is the problem with food influencers?

The world of social media has completely changed the way we go about things. Whether personally or professionally, a lot of our habits have altered completely, and that is owing directly and indirectly to social media and also to the advent of technology. One thing that has been recently introduced in the world of social media is the dilemma of food influencers. The word “influencer” is now being misused to a great extent. The fact that these bloggers only try out original foods and recipes and give their critique on them influences people into altering their buying behaviors and buying patterns when it comes to food-related items. Many times the followers on their accounts are bought (more on this at https://www.simplygram.com/how-to-get-more-followers-on-instagram/)

An account that usually starts with pure and honest reviews often turns to something that is more fake and untransparent, especially when the concept of commercialization is introduced. Many of these so-called influencers get paid to write and record reviews for their clients, meaning that even if they do not like the restaurant’s food or ambiance, they write and record positive reviews about them since they are entitled to do so. These reviews are usually so good that they lure their followers into trying the same cafe or restaurant, even if it is not good as it is shown to be. This not only enables the food influencers to lose credibility but also makes the users lose trust in other accounts as well.

The fraud of photography

Food influencers are not only great at writing and recording reviews but also have a knack for taking extremely good and luring photos. Sometimes, although the food is not as delicious, the photos are taken in such a manner that they seem extremely luring and appetizing. This is a sort of fraud with the followers and customers since it makes them feel as if the food is extremely delicious and definitely worth the money, although maybe not that good in the first place. Again, this thing depends on the food influencer himself/herself, but this is a practice that is now being termed as extremely common, especially in the blogger/vlogger/influencer circle.

From a commercial point of view as well, the business of food influencers is flawed in the sense that the influencers are very expensive. If some restaurant or café is looking to avail the services of an influencer or even collaborate with them on a certain project on social media, they have to splash the cash. Many newbie influencers take advantage of the ceilings that are already set up by top-quality professionals and demand more and more money for their rather average work.